Family Connection to QCH: Board Chair Focuses on the Future of Health Care

In the life of Fred Seller, newly appointed board chair of Queensway Carleton Hospital Foundation, family is everything. He feels incredibly fortunate to be part of a family with an unwavering love and appreciation for one another.

“It may sound corny, but when it comes to my kids and my wife I cannot remember a bad day. I can say there have been moments but I can’t remember a bad day,” said the Ottawa business lawyer and exemplary volunteer fundraiser. “I feel pretty fortunate, as a husband and as a father. To this day, I pinch myself.”

Fred’s attributes his close family bond to his childhood sweetheart wife, Stacey, as well as the impact of them both losing a parent at a very young age. Fred’s dad and Stacey’s mother were both 44 years old when they passed away.

“We really understand how fragile life is and how short it can be and, throughout our married life and raising our family, we didn’t take much for granted,” said Fred, who has three grown daughters, Lauren, Ronni and Ali. Eldest daughter Lauren is now a parent herself, to three-year-old Miles and one-year-old Harley.

“I cannot get enough,” he said of the joy of being a zayde (Yiddish for “grandfather”). “It’s unbelievable what it does to me and for me.”

Fred’s strong sense of family and connection also includes the broader community. He previously played a major leadership role in helping to raise $50 million for local cancer care and research. His knack for fundraising also led to him joining the QCH Foundation board four years ago. Fred’s two-year term as chair began in late June at the annual general meeting.

One of Fred’s priorities will be to help raise the regional hospital’s profile and to boost public awareness over the excellent care QCH provides to the more than 500,000 patients who may turn to it each year.

“Anyone who comes into contact or has any dealings with QCH is incredibly impressed with the level of care and service they receive. That story has to be told more often.” 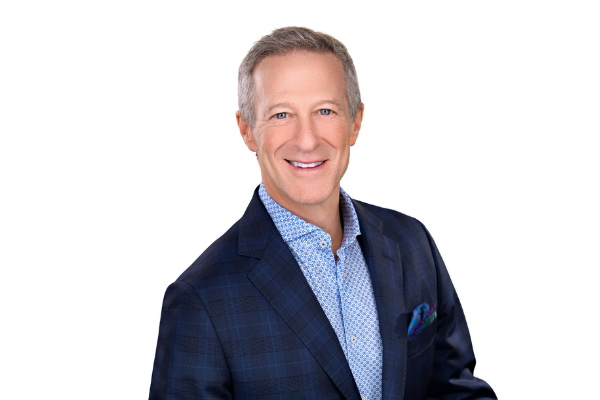 Fred has known for years that QCH is a special place, beginning with his first-hand experience of having Stacey admitted there for breast cancer surgery. The hospital never lost sight of the human element of patient care, he said.

“The care and attention that she received and the way I was treated was, frankly, something you don’t forget,” said Fred as he recalled how he was allowed to be at his wife’s side to comfort her, up until the moment she was wheeled into the operating room.

Fred said QCH Foundation will continue to focus its fundraising on the hospital’s planned upgrade of its surgical suites.

Quality medical care is important to a city that’s competing with other major centres to attract and retain a strong base of young professionals, Fred pointed out.

QCH Foundation will also be focusing on the need to expand the emergency department so that waiting times can be reduced, said Fred. “Nobody, nobody, nobody wants to sit in an emergency room for 10 hours.”

Fred’s connection to Ottawa goes back nearly 40 years. He was born and raised in Montreal but moved to the nation’s capital in his early 20s. Three years later, on November 1, 1989, he co-founded the law firm Yegendorf, Brazeau and Seller, now Brazeau Seller Law, with Donald Brazeau and Howard Yegendorf. “We’re very proud of the legal work we do. We’re very proud of our lawyers and the clients that we’ve represented over the years.”

Fred, 60, has watched Ottawa amalgamate and grow. Even as a big city, it still has a small-town heart, he believes. Brazeau Seller Law remains very committed to causes and charities that make Ottawa such a wonderful place to live.

“At our law firm, there’s very much been a sense of community and a requirement to give back. Ottawa is where we make our living, it’s where we live, it’s where all of us have raised our children. This city has been wonderful to us and we continue to give back. It’s a priority in the way we think and in what we do.”

“It’s not one person, it’s not two people, but the partnership as a whole,” Fred said of the lawyers at Brazeau Seller Law who’ve been so giving of their time, money and/or skills over the past 33 years.

The public is reminded of Brazeau Seller Law’s contributions to QCH with every visit to the hospital’s Irving Greenberg Family Cancer Centre, whose lounge bears the law firm’s name.

“We’ve done a lot and, hopefully, we’ve left an imprint on the city and will continue to do so.” said Fred.