Breaking Down Barriers in the OR 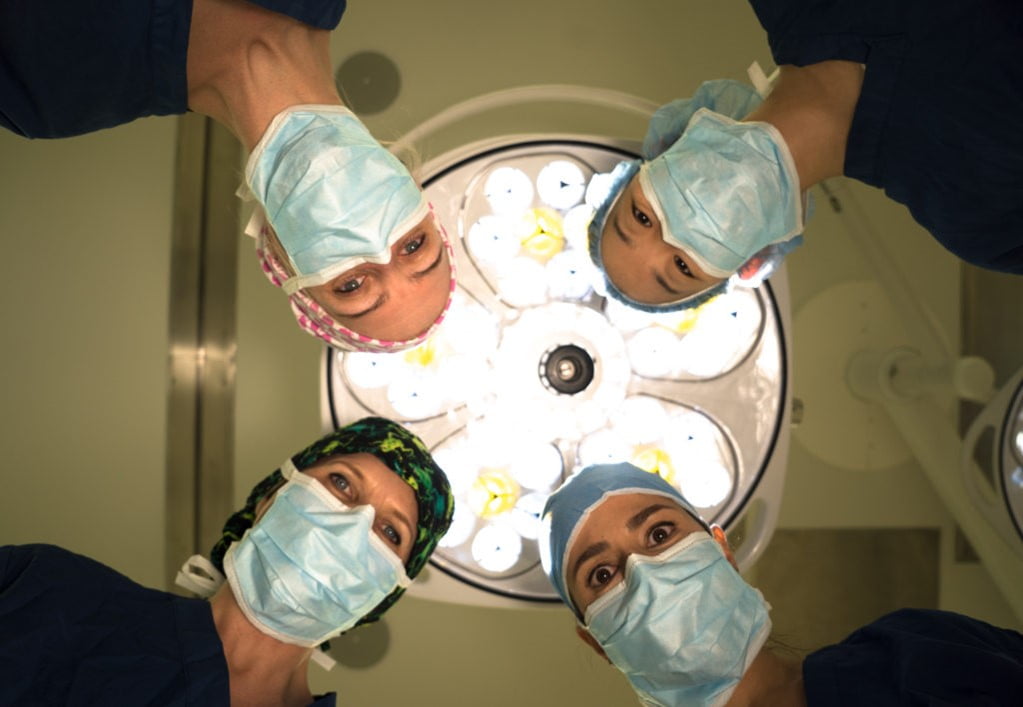 “You can really do that?”

The question — loaded with surprise and doubt — came to Dr. Liisa Honey.

For Dr. Melanie Paquin Gobeil, it was “I didn’t know women could be surgeons.  I would rather have a man doing the surgery.”

They are questions and comments all too familiar to female surgeons across the country.

Medicine has long been a field dominated by men.  Surgery even more so. But times have changed and a group of QCH surgeons want to help further tear down those stereotypes.

QCH now has the highest number of female surgeons in its history:  11 surgeons across a variety of departments including General Surgery, ENT, Plastics, Obstetrics and Gynecology.  There are 49 surgeons in total.  In Canada, 2,856 of the total 10,076 surgeons are women (Roussy, 2017).

Some patients are pleasantly surprised to see a female surgeon, said Dr. Paquin-Gobeil.

“They seem happy to see someone occupying a profession that was otherwise dominated by men. It gives hope for their daughters and granddaughters.”

It is that kind of positivity for the future that drove Dr. Honey to pull together a group of colleagues to support #ILookLikeaSurgeon – a social media campaign started by a US surgical resident to promote diversity in the surgical field and humanize the people behind the surgical masks.

Dr. Honey wants to see more female mentors within the surgical program – critically important for the future of the surgical specialty.   When she joined the QCH in 2000, there were only two other female gynecologists and no other female surgeons.  The surgeon’s lounge was attached to the change room and bathroom for the surgeons, so she had to change in the nursing change room.

Much has improved since then, said Dr. Honey.  Dr. Paquin Gobeil agrees:  “I think we have proved over time that competency has nothing to do with gender.”

“It has been very refreshing to see the surgical landscape shifting to more female surgeons,” said Dr. Hedyeh Javidnia. “I teach female medical students who are increasingly interested in surgical specialties. And I recently realized that my 3 year old girl thought that all surgeons were women because she knows so many female surgeons. Amazing!”

However there are still challenges ahead.

One problem is that many patients do not realise that male and female surgeons go through the same rigorous process — competency should be equivalent.   Other female surgeons describe needing to work twice as hard as male counterparts to be taken seriously.  Statistics from the Association of Woman Surgeons show that women earn vastly less than their peers, even after adjustment for factors like age, experience, work hours, research and faculty rank.  And other studies show how female surgeons shoulder a higher amount of domestic and child care responsibilities.

“I know my situation was much easier than females that trained in surgery approximately 30 years ago,” said Dr. Paquin Gobel.  Those women have my admiration for what they went through.”

It is with power and grace that women are able to do anything a man can do. And it is wonderful to be in a generation when people stop questioning the ability of women in the medical workplace – and instead follow in the footsteps of Dr. Duncan, Dr. Paquin Gobeil, Dr. Honey and the rest of the females of the QCH surgical team.

The question comes back:  “You can really do that?’

The answer:  “Hell yes!”  Our female surgeons can really do that.  And so can all the daughters and granddaughters in our community that they inspire.